I’ve missed posting on the last couple of Wednesdays, but that doesn’t mean we haven’t been reading nonfiction picture books. Here are a few of the best: 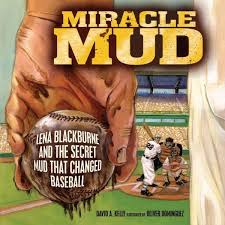 Miracle Mud: Lena Blackburne and the Secret Mud That Changed Baseball, written by David Kelley and illustrated by Oliver Dominguez, is one of those books that makes you so grateful for nonfiction writers and their ability to find new and surprising stories to tell. Baseball player Lena Blackburne was never going to make it into the Hall of Fame based on his talent or play, but the mud he discovered IS in the Hall of Fame. Players don’t like playing with brand-new baseballs, and they did an assortment of mostly icky things to break the balls in before Blackburne’s mud treatment became common. Blackburne began using the mud (dug from a location that still remains a secret apparently) 75 years ago, and it continues to be used to prepare every baseball used in Major League ball. This is a baseball story that has wide appeal: baseball books are the only sports books that don’t interest me, but I was riveted by this one. 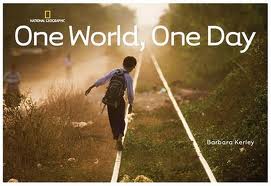 Barbara Kerley’s One World, One Day uses photographs to tell the story of one day in the world as children from around the globe wake up, have breakfast, go to school, do chores, spend time with their families and friends, and go to bed. The photographs are beautiful, the text clear, and the overall message–despite our differences, we are all very similar–important. This is a book to look at many times. 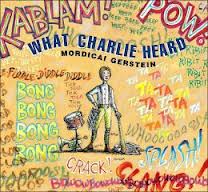 Mordicai Gerstein’s biography of composer Charles Ives, What Charlie Heard, features some of the most unusual and effective art I’ve seen this year.  Why doesn’t this man have all the Caldecotts?? I’ve never heard Ives’s music, but Gerstein conveys its cacaphony through his art: 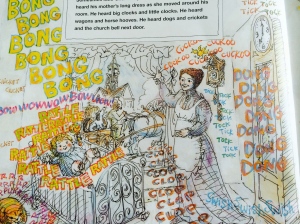 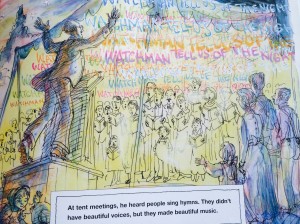 There is one very poignant spread with no sound depicted at all. The text is also strong here, but the art is clearly the star. Visually, the book is a bit challenging to look at–and that’s exactly the point. Nobody knew how to listen to Ives’s music at the time either, and Gerstein brilliantly creates images that are also challenging to “read”. 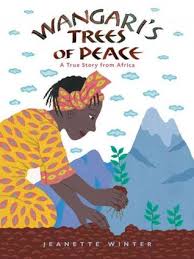 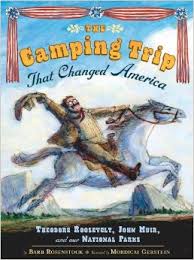 The Camping Trip That Changed America is another historical story that I knew nothing about: a camping trip that Teddy Roosevelt and John Muir took together that led to the creation of a national parks system. Mordecai Gerstein’s art is exuberant and beautifully conveys the large scale of the natural setting; the story is well told by Barb Rosenstock.

Like Loading…
← Top Ten Books I’d Give to Readers Who Have Never Read Middle Grade
→ Getting Started with Writing Workshop: Guiding Principles and the Writer’s Notebook