Top Ten Tuesday: 10 Books I’d Like to Read in a YA Lit Book Club

Top Ten Tuesday is hosted by The Broke and the Bookish.

I actually belong to a YA Lit Book Club, a very small and select club of four committed readers. And I teach YA Lit online, which is sort of like having a book club. I challenged myself this week not to repeat any titles from my post last week, 10 Books I Wish Students in #yalitclass Would Read. That wasn’t as hard as I thought it would be, because last week’s list was about books I love and this week’s list is about books I want to talk about. Often, the books that work best for me in a book club reading setting are books that I actually don’t like very much but that other readers find special and meaningful. Through our conversation, I’m often led to understand and appreciate the book more. Reading for a book club also motivates me to read books that I don’t want to read. Even if I don’t finish (and I’m a perpetual non-finisher of book club books), I read more for the book club meeting than I would on my own.

I have started and abandoned The Book Thief at least a dozen times, in print and on audio. Someday, I’m going to make it through. After all, the blurb on the front cover promises that it could be life-changing.

Something strange happened as I was reading Jacqueline Woodson’s Brown Girl Dreaming. I was in love with the book for the first third or so, then I slowly fell out of love as I continued reading. Was it the book? Was it me?

I tend to avoid the contemporary realistic YA problem novel unless it’s by an author I know and trust. I’ve read good reviews of Trish Doller’s Where the Stars Will Shine, but I still feel like I need to have my hand held as I read it. 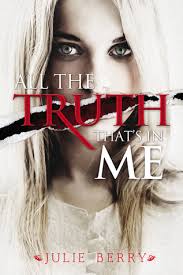 I knew I wasn’t going to be able to complete the SLJ Battle of the Books booklist last year when I saw All the Truth That’s in Me was on the list. There’s mutilation. I can’t do mutilation! At least not without moral support. 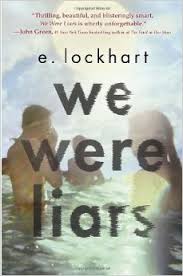 I hated We Were Liars. I was mad that I read it. I’d love to hear a passionate defense of the book that didn’t rest on the big reveal.

I think it’s best to read I Kill the Mockingbird with a bunch of English majors who also really love YA.

There is going to be so much to discuss after reading Kekla Magoon’s How It Went Down. I am going to need other readers to help me process it.

I periodically reread Weetzie Bat, which was first published the year I graduated from high school. It still feels fresh and original to me, and I wonder how a different generation of readers would react to it.

Now that I’ve tackled Markus Zusak and Libba Bray, M.T. Anderson is the next author on my YA Shelf of Shame. How is it that I’ve managed to avoid his entire oeuvre? Given how much I liked the Zuzak and Bray novels I read last year, I should probably stop complaining and dreading and dive right into Feed.

Let’s be honest here: the Andrew Smith book I really want to talk about with someone–ANYONE!–is Grasshopper Jungle. Although maybe it’s less that I want to talk about it and more that I want to watch other readers’ eyes pop out of their heads. Because it’s that kind of book. But I promised no overlaps with my list last week, so I’m selecting Smith’s new novel, 100 Sideways Miles, which I haven’t read yet. I try not to read reviews too carefully, but I’ve read enough to know there will be plenty to talk about with this novel too.

Which YA books would you want to talk about in a book club?

Like Loading…
← It’s Monday! What Are You Reading #imwayr
→ Nonfiction Picture Book Wednesday: ALA Media Awards Anticipation Plus Suggestions for Caldecott #nfpb2015