It seems like literally every waking hour last week as well as many hours usually devoted to sleeping were spent deep in the trenches of parenting. All of my son’s varied and complex mom feelings are coming to a head with this injury, and while that’s got to be ultimately good for healing, it’s also very, very difficult. My reading life took a hit, though I do think we managed to get through story time every single night, which is no easy feat given that story time is the witching hour when my son is often most volatile. A few highlights from our reading last week: 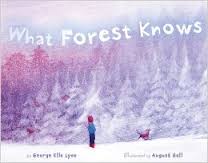 The writing in George Ella Lyon’s What Forest Knows is simply exquisite. I can’t wait to use this as a mentor text in my Composition class. I tend to be a story and character first kind of reader, and it’s rare for me to have a reading experience where I get so caught up in the sounds and rhythms of the language that I don’t focus on anything else. But that’s what happened when I read this book. It makes for a gorgeous read-aloud, but I am also looking forward to sitting down with it by myself this week and rereading slowly to savor each line and reflect more upon the story and themes. The illustrations by August Hall are also very appealing.

Another gem from Eve Bunting. I continue to be amazed at how she is able to tackle such complex topics and themes in such clear and simple–but never simplistic–ways. In Yard Sale, a little girl is forced to watch most of her family’s possessions being sold in a yard sale as they prepare to move from their house, which they can no longer afford, to a much smaller apartment. Lauren Castillo’s work brings a warmth and charm that’s quite comforting and complements Bunting’s theme that home is where the heart is. 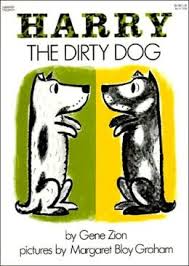 My son and I have read thousands of picture books in the last four years, and it’s honestly becoming a challenge to find books at our small libraries that we haven’t yet read. I decided on a new system this week, at least with the very small collection of picture books at my campus library: alphabetical completion, starting with Z. That’s how we ended up with three classics from Gene Zion, illustrated by Margaret Bloy Graham. Harry the Dirty Dog was a favorite from my own childhood, and it holds up surprisingly well. 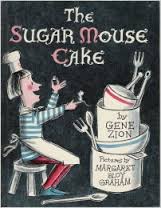 I am sure my mother also read The Sugar Mouse Cake and Dear Garbage Man to me. Graham’s illustrations are such a delight, especially in the very busy Dear Garbage Man. My son doesn’t seem to get tired of vintage picture books as long as there are newer books interspersed. 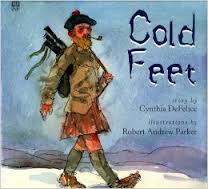 And then there is Cold Feet. My son and I sat and stared at each other in silence for several long moments after we finished this one. It’s about a Scottish bagpiper who decides to go on walkabout (to mix cultures) in the hopes of finding some paying work. He doesn’t, and after months of walking he’s cold, tired, hungry, and his shoes and clothes are worn out. He finds himself in a forest one snowy night where he stumbles upon…. a corpse. Yes, that’s right. A dead body is sprawled out beneath a tree. The corpse has some nice shoes on, and our bagpiper decides–probably rightly–that he needs them much more than the dead guy does. So he grabs the dead guy’s foot to pull the shoe off–only the entire foot breaks off instead. Personally, I might take this as a sign I should leave the shoes, but our bagpiper is undaunted and simply breaks the other foot off too. Sadly, the feet are frozen into the shoes so he can’t trade footwear yet. He ties the shoes–with feet still in them–around his neck and heads off to seek shelter. A farmer refuses to feed him or invite him into the house but does offer him space in the barn. Our bagpiper settles down with the warm cow, and then has an idea. Why not put the shoes with the frozen feet stuck in them under the cow so she can melt them? Isn’t that what you would do? By morning, the feet have melted and the shoes are ready to be worn. But our bagpiper can’t resist playing a little joke on the farmer. He notices that the cow obsessively chews her cud, so he tucks one of the feet into her mouth. She lays there contentedly chewing on the foot while the bagpiper makes his escape. I’m not sure I will ever be able to forget the illustration of the brown cow happily munching on a foot. Of course the farmer and his wife think the cow ate the bagpiper. There is a bit more tomfoolery which results in the farmer and his wife abandoning their farmhouse. The bagpiper makes himself right at home by the fire. There is a knock at the door–and who should turn up but the dead guy looking for his feet. The End.

After we had our moment of silence, my son said, “Are you sure you found this one in the children’s section?”

“Those poor children who hear this story! They are going to need a lot of help to ever have their brains work right again.”