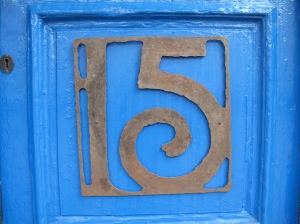 Thanks to a picture book reading binge my son went on during the summer, where we burned through 8 or 12 books a day, I read several hundred picture books in 2015. There were so many great ones, it just wasn’t possible to narrow it down to a Top 10. Well, I’m sure it was perfectly possible, but it would not have been as much fun. A list of 15 titles seems so much more celebratory to me. 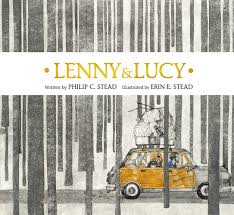 Lenny & Lucy, written by Philip Stead and illustrated by Erin Stead, is by far my favorite picture book title of the year. It’s quiet and quirky and complex and gorgeously illustrated. A fully satisfying reading experience.

Last Stop on Market Street, written by Matt De La Pena and illustrated by Christian Robinson (who shows up on my list an astonishing three times!), was one of the first picture books I read in 2015. I love its message about finding the beauty and wonder in the world around us, even in the most unlikely places. 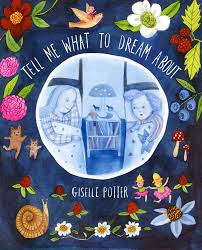 Tell Me What to Dream About, written and illustrated by Giselle Potter, is a bedtime story with a twist: a little sister asks her older sister what to dream about, and the older sister dreams up all kinds of whimsical scenarios. Eye-popping illustrations gave me so much to look at and wonder about. 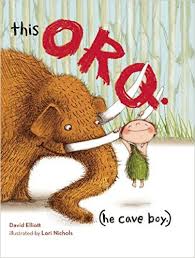 I’m mildly obsessed with This Orq (he cave boy), written by David Elliott and illustrated by Lori Nichols. I love reading the cave-speak out loud, and it also has the funniest use ever of the word “reconsider.” But on top of the humor, it’s also a charming story of friendship.

Wolfie the Bunny, written by Ame Dyckman and illustrated by Zachariah O’Hora, offers a clever twist on the story of a family having a new baby. In this case, a sweet bunny family discovers a wolf cub on their doorstep and adopts him, much to the displeasure of older sister, who is convinced that the wolf is going to eat the whole family. In the end, older sister accepts the new baby, as siblings always do in these types of stories, but the journey to acceptance isn’t wholly predictable.

This is Sadie, written by Sara O’Leary and illustrated by Julie Morstad, celebrates wonder, imagination, creativity, and books. How could I not love it? 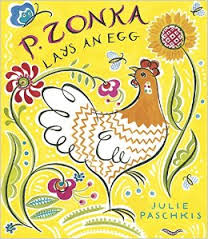 P. Zonka Lays an Egg, written and illustrated by Julie Paschkis, also celebrates wonder and imagination–as well as the beauty of the natural world–all from the perspective of a chicken who would rather smell the flowers and marvel over the blue sky than lay eggs. But when she finally does lay an egg–what an egg it is!

Kevin Henkes’s Waiting is the ultimate quiet picture book. The toys sit on the window sill, waiting for something amazing to happen. The illustrations are beautiful and almost meditative.

Linda Ashman’s Rain!, illustrated by Christian Robinson, contrasts the excitement a boy feels on a rainy day with the cranky response of an old man, whose grumpiness is finally cured by connection and cookies.

There was probably no way I could avoid falling in love with Alicia Potter’s Miss Hazeltine’s Home for Shy and Fearful Cats, whimsically illustrated by Birgitta Sif. It’s about cats, obviously, but it’s also about stepping outside your comfort zone and being brave. 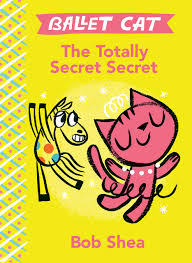 Another list is another chance to gush about Bob Shea’s Ballet Cat: The Totally Secret Secret. I have read this book at least a dozen times this year and giggled hysterically over it every single time.

Mac Barnett’s Leo:A Ghost Story, illustrated by Christian Robinson, is a whimsical ghost story that shows great depth and heart in its treatment of friendship. 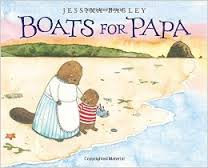 Oh, this book! Jessixa Bagley’s Boats for Papa gave me all the feels. The turn at the end! I got a little teary.

Gianna Marino’s Night Animals is a clever and hilarious twist on bedtime stories about fear of the dark. I laughed out loud–and seriously admired what Marino does with the art here. 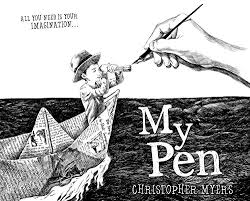 Christopher Myers’s My Pen is another celebration of art, imagination and creativity. In intricate black-and-white drawings, Myers encourages aspiring artists to use their pens to bring the world of their imaginations to life.