Ruth Ayres hosts a weekly celebration on her blog. I appreciate this invitation to reflect on the positives of my week.

It’s been a messy week. Big feelings. Lots of sad. Even more mad. We didn’t even manage to get a family Christmas photo. When we’ve had moments of calm and even happiness, I haven’t wanted to interrupt and potentially lead us back down the thorny path to sad and mad by suggesting anything with the word “family” in it.

I haven’t given up hope. We still have a week of holidays left. Maybe we’ll try for a selfie in front of the Christmas tree before we take it down. Maybe we’ll start a new tradition this year: the New Year’s Eve family photo. And maybe it just won’t happen this year. And that’s okay too. There is still plenty to celebrate. 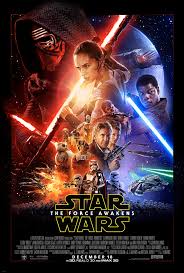 The Force Awakens. I’m not a Star Wars fan. I wasn’t planning to see the new movie. But I kept reading good reviews by some of my favorite book bloggers who also write about movies. And so I decided to go, and I’m so glad I did, because it was wonderful. And I was so glad my son got to see it in the theater surrounded by hardcore Star Wars fans who applauded wildly whenever characters from the original movies showed up. Han and Chewie practically got a standing ovation. My son kept giggling and whispering, “Why are people clapping? Nobody in the movie can hear them!” But I think he enjoyed it. And he’s been periodically speaking Wookie ever since and seeing if I can translate. I usually guess “Was it ‘I love you’ in Wookie?” and he just says yes. 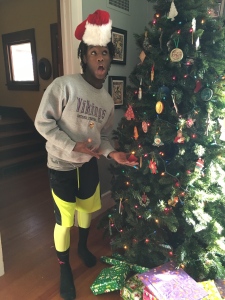 Early Christmas. Christmas got moved up four days at my house after I happened across a post by Jen Hatmaker about big day sabotage and saw a suggestion in the comments to solve the problem by having Christmas early. There was much frantic gift wrapping on Monday afternoon after we decided to stop the madness and relieve the pressure by opening those gifts (because I buy early but wrap late, nothing was wrapped yet). Grandma was wonderfully flexible too–helping me wrap, then wrapping her own presents and showing much holiday pizzazz. My son requested nachos, which doesn’t exactly scream Christmas meal to me, but nachos it was. We had the best 24 hours of our winter break after early Christmas, so it was definitely the right thing to do. Of course, then it was back to Big Feelings, but we savored those 24 hours first. Maybe it will become a new family tradition: early Christmas with nachos for that special holiday meal. 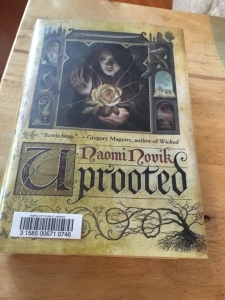 A good book. I have been happily absorbed in Naomi Novak’s wonderful fantasy novel, Uprooted, this week. I’ve already made my Top 10 list for 2015, but it will have to become a Top 11 list, because there must be a place on it for this book. 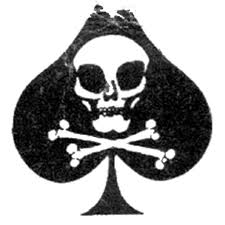 The Self-Control app. I have a Facebook addiction. I don’t ever post statuses, and I rarely interact with people. But I can scroll through the feed for hours. It’s my transitional activity and my main distraction and clearly it’s become an addiction. After I had checked for about the hundredth time on Thursday, I decided to look for a tool to manage myself. The Self-Control app lets me block any websites for the amount of time I choose, up to 24 hours. And so I’ve blocked Facebook for 24 hours straight, twice, hoping that some time away will break the cycle. I even looked into deactivating the account, and maybe I’ll do that next. It’s not like I can’t be found online if people want to find me.

The week in cats. I’ve been trying to appreciate my cats more, which means taking more photos. I also managed to snap a couple of nice ones of Wilhemina, my former cat, who needs to be an only-ish cat and now lives very happily with her minion, Grandma. 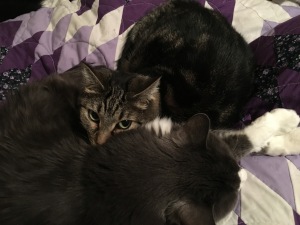 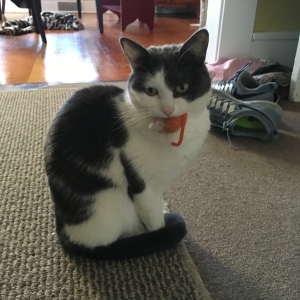 6 thoughts on “5 Things I Loved About Last Week #celebratelu”