Kid Lit Frenzy hosts my favorite reading challenge, Nonfiction Picture Book Wednesday. This week, I’m sharing the 10 nonfiction authors I recommend most to pre-service teachers in my Adolescent Literature class. There are no required books in this class (because man do I hate required reading), but there are required categories, and nonfiction is one of them. My hope, of course, is that my students will fall so in love with nonfiction that they will want to read not just one nonfiction title but many.

Don Brown is the author-illustrator of several excellent nonfiction books for older readers, including Drowned City: Hurricane Katrina & New Orleans, a book that made my Top 10 list for 2015 and that was named a 2016 Sibert Honor Book. Brown’s account of this natural disaster and its effect on the people of New Orleans is informative and moving, and the illustrations are some of his finest work. His Great American Dust Bowl and America Under Attack: September 11, 2001 are also exceptional illustrated nonfiction titles.

Steve Sheinkin turns history into page-turning thrills in Bomb: The Race to Build–and Steal–the World’s Most Dangerous Weapon. Even if you think you know the story of the development of the atomic bomb, Sheinkin may surprise you. Both The Port Chicago 50: Disaster, Mutiny, and the Fight for Civil Rights and Most Dangerous: Daniel Ellsberg and the Secret History of the Vietnam War were a National Book Award Finalists.

Deborah Hopkinson‘s Titanic: Voices from the Disaster highlights the experiences and perceptions of passengers through their own words. It’s personal–and devastating. Hopkinson is the author of many fine nonfiction picture books for younger readers as well as several historical novels.

Russell Freedman tells the story of the Civil Rights Movement through an examination of the life and career of singer Marian Anderson in The Voice that Challenged a Nation: Marian Anderson and the Struggle for Equal Rights. Freedman’s Lincoln: A Photobiography won the Newbery Medal.

I never thought that I would cry over a bird, but that’s before I met B95, the Rufa Red Knot profiled in Phillip Hoose‘s Moonbird: A Year on the Wind with the Great Survivor B95. Hoose’s The Boys Who Challenged Hitler: Knud Pedersen and the Churchill Club was just awarded a 2016 Sibert Honor and his Claudette Colvin: Twice Toward Justice won the National Book Award. 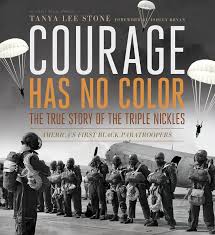 Tanya Lee Stone shares the story of America’s first Black paratroopers in Courage Has No Color: The True Story of the Triple Nickels. As in her earlier book, Almost Astronauts: 13 Women Who Dared to Dream, Stone reveals the talent and progress we lose as a nation when discrimination closes doors for qualified citizens.

Which Sy Montgomery book to include on this list, when I obsessively book talk so many of them? I have a soft spot for The Tapir Scientist and The Octopus Scientists, but Chasing Cheetahs finally won out since it focuses on my favorite animal (well, favorite animal along with the sloth). Just read them all. 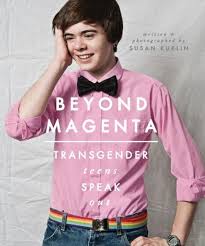 Susan Kuklin interviews and photographs transgender teens in Beyond Magenta: Transgender Teens Speak Out. The stories they share are often heartbreaking but also incredibly inspiring. Her book, No Choirboy: Murder, Violence, and Teenagers on Death Row, is not an easy read, but it’s an important one. 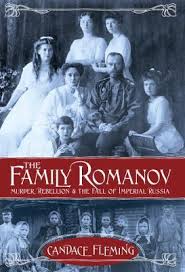 Candace Fleming’s The Family Romanov: Murder, Rebellion, and the Fall of Imperialist Russia examines the mysteries of Russia’s famous Romanov family in this nuanced book that’s as gripping as any novel. Her Amelia Lost: The Life and Disappearance of Amelia Earhart traces the clues of another fascinating mystery. 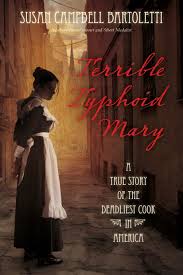 We’ve all heard of Typhoid Mary, but it took Susan Campbell Bartoletti‘s biography, Terrible Typhoid Mary to bring the woman herself to life as an individual who was often a victim of her circumstances and society. Bartoletti’s Hitler Youth: Growing Up in Hitler’s Shadow was both a Newbery and a Sibert Honor Book.