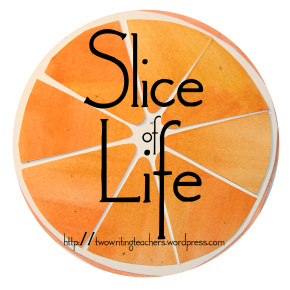 I played school with my cousins, but Kelly always got to be the teacher because she was the oldest.

I was cast as the teacher in the second-grade play. I suspect this was because I was naturally bossy. My mother pulled my long hair back into a bun and powdered it so I would look appropriately wise.

But I never wanted to be a teacher.

Even when I became a teacher, I didn’t want to be a teacher when I grew up.

I thought I’d stay for a year or two. Until I figured out what I really wanted to do.

Teaching was hard—much harder than I thought it would be. I told myself I’d stay until I figured it out. Once I know how to do it well, I told myself, that will be a good time to move on to something else. But somehow, there was always more to learn. Twenty plus years later, there still is.

When I think of all the things I wanted to be and do and experience and wonder about and know when I was a child, I realize what my dream job really was: Learner. If I had ever told anybody I wanted to grow up and be a Learner, they would have told me that’s not a real job.

But now I know that it is. It’s just called Teacher.

Thanks to Carol and Erika for the inspiration for today’s slice.