We have a new guru in our house, and his name is Shaun T.

Shaun T. eats whole-wheat bread with lots of seeds. He advocates one fruit smoothie every day. He knows that protein at breakfast is a must. Lately, he’s on a yoga kick: he’s been telling everyone they should do yoga at least twice a week. Yoga is very good for the abs, Shaun T. says. Once the yoga habit is firmly established, he’s going to start pushing daily meditation. I already know that Shaun T. is a staunch believer in five minutes of calm deep breathing right before bed, when minds are racing out of control. I don’t know yet how Shaun T. is going to link breathing to the building of abs, but if anyone can, Shaun T. can.

There is the real Shaun T., a super successful fitness instructor who leads several top-selling DVD workout series. And then there is our imaginary friend Shaun T., who has become my voice for helping my son build healthy habits.

My son was introduced to the real Shaun T after he caught a snippet of an infomercial during one of his approximately seven unsupervised minutes of TV viewing. He began begging me to buy him the workouts “by that abs guy.”

“You already have abs.”

I’ve been trying to get my son to commit to daily exercise for years, and so when he promised to work out every day if only I would buy him the DVDs “with that abs guy,” I caved. Or I would have caved if I knew what the abs guy’s name was. But my son couldn’t remember the name of the instructor or the name of the workout or anything at all about the workout—except “that dude is ripped!”

And so I embarked on what I thought was the least promising Google search of all time.

But Google knew exactly what I wanted. One second later, there was the real Shaun T. 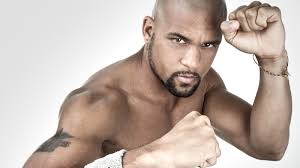 We met the imaginary Shaun T. just moments after opening his T25 fitness DVD package. It came with assorted adverts and brochures, including a booklet of recipes and menu ideas.

There was a photo of a sandwich on grainy bread.

“Does Shaun T. eat sandwiches on that bread?” my son asked.

“Definitely. Shaun T. does not believe in white bread.”

Earlier that day my son had told me he didn’t believe in any kind of brown bread: only white or sourdough would do for him. So I was being facetious, but it got his wheels turning. A couple of hours later, he asked me to make his sandwich on “Shaun T bread.”

And that got my wheels turning.

Smoothies are a lunchtime and snack staple around here, especially in summer. But they had become contentious. My son was in full rebellion against the evils of extra fruit, protein, and vitamins. Just the day before, he had declared that he wouldn’t drink any more smoothies.

I picked up the recipe booklet and flipped through it, then casually remarked to my husband, “Oh wow. Shaun T. says he drinks a smoothie every single day. He says it’s one of the best ways he knows to get the protein and vitamins he needs to build abs.”

My husband dutifully played along. “Well, look at him. He obviously knows what he’s talking about.”

There was hardly a pause.

“Can I have a smoothie for a snack?” my son asked.

It blew my mind.

Whole-grain bread and smoothies were just the beginning.

Thanks to Shaun T., we are now eating salads several times a week. Shaun T. thinks flexibility is very important, so we’re stretching. Nothing has helped Shaun T. build a stronger core than yoga. One of his key insights is that it’s especially good for the abs when you match your breath to the movement in yoga! Shaun T. loves those deep breaths. He meditates. He hikes. Those abs require a wide variety of healthy activities and habits.

I’m sure the real Shaun T. eats a lot of salads and drinks a lot of smoothies. As for the rest, well, I’m making it up. I don’t know if the real Shaun T. has ever done yoga. Maybe he’s got allergies and hates going outdoors. All I know is that my son resists my suggestions for good mental and physical health, but he will listen to anything Shaun T. says. And this trauma mama firmly believes that the ends justify the means when it comes to health and healing. If it takes our imaginary friend Shaun T. to get my son taking some deep calming breaths, so be it.

It’s tempting to experiment and discover just how far Shaun T’s reach extends. If Shaun T loved neatly folded shirts, would my son organize his closet? If Shaun T believed that whoever cooks a meal shouldn’t clean up, would my son suddenly start volunteering to wash dishes?

But I try to adhere to certain ethical standards. I won’t use Shaun T. for my own convenience, no matter how much I might like a cleaner house.

Still, I do wonder how far is too far. Is my son ever going to notice the uncanny overlap between what Shaun T. advocates for healthy living and what I’ve invited him to do over the years for his physical and mental health?

When he does, maybe it will be time to get a new imaginary friend. I read recently that Steph Curry and Lebron James meditate. Maybe I’ll discover that Russell Westbrook loves a nature walk.