First Monday reading post of the year! I spent the week catching up on some middle-grade titles and trying to figure out what book would be the perfect first read of 2017.

Embarrassing Newbery confession: I’ve never read Turtle in Paradise! There are only a handful of modern Newbery winners and honor books I haven’t read. And given how much I loved Full of Beans, it’s pure foolishness that I’ve never picked up Turtle in Paradise. Full of Beans is pretty wonderful (and since it’s a prequel, it’s absolutely okay to read it even if you haven’t read Turtle in Paradise either). The voice, the period details, the sentence-level writing, the quirky characters, and that setting! I need to go to Key West NOW. Holm can write. I appreciate that this novel is so finely crafted in every way but also totally accessible and engaging to young readers. There’s plenty of hilarity here as well as a solid core of serious reflection and personal growth on the part of Beans, our main character. As I was reading it to myself, I really wanted to be reading it aloud because I could hear how perfectly composed the sentences were in my head. So I decided to try it on my son, and he is also liking it.

I struggled with The Wild Robot. It’s a book I fully expected to love, as I do love Peter Brown’s picture books. But it did not work for me. It felt flat and underdeveloped. There wasn’t one sentence in the book that made me pause to appreciate its clarity, poetry, or eloquence. The characters, one robot and a whole bunch of animals, are all one-dimensional. There are serious and interesting themes, but they’re treated in such a heavy-handed way. And the ending threatens to throw the rest of the book completely out of balance. I reread many reviews after finishing the book in an attempt to come to terms and gain some appreciation, but it still didn’t work for me.

It’s another robot book! Tom Angleberger’s books are kid-pleasers, and Fuzzy is no exception. It’s fast-paced and engaging, a fun and even occasionally thought-provoking middle-grade read. Mostly plot without much character development or even character differentiation, but that’s not really the point. 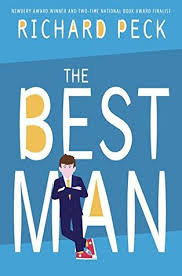 The Best Man is such a pleasant story and such an enjoyable world to live in for awhile. The main character’s voice may not feel remotely like a twelve-year-old’s voice, but it’s a strong voice that I liked regardless. (I just imagined he was more like a precocious 15.) 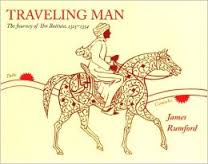 James Rumford’s Traveling Man celebrates the incredible journey of the fourteenth-century scholar, Ibn Battuta, who left his home in Tangier in 1325 to travel to Mecca. Bitten by the travel bug, he didn’t return home for 29 years! In that time, he covered an astonishing 75,000 miles and saw much of northern Africa, the Middle East, and southern Asia. The text is based on Battuta’s own travel narrative, which he dictated later in his life. While I do like the simplicity, elegance, and balance of that cover, I’m not sure it sells the book, and it certainly doesn’t adequately convey the richness or detail of the illustrations and text design within. A really gorgeous book for older readers. 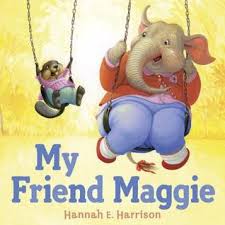 Maggie and Paula are best friends until Mean Girl Veronica whispers to Paula that Maggie is “too big.” Paula begins to notice all kinds of flaws in Maggie and cruelly ignores her. But when the Mean Girls turn on Paula–as they inevitably do–guess who stands up for Paula? Beautiful technicolor illustrations from Harrison and very short, simple text make this a stand-out title for talking about friendship and how we treat others.

Jennifer Carr’s Be Who Are Are! explains transgender identity in a way that will be comprehensible to very young readers. While transgender identity is the focus, there is a strong message about acceptance and identity that has broad appeal for all readers. The text is straightforward and clear. I wish the illustrations had been stronger, but this is still one to share.

The Sound of Silence is a stunner–powerful text that could lead to rich conversation and colorful, engaging art that gives readers so much to look at and wonder over. A very fine choice for my first picture book read of 2017.