Nikki Grimes’s middle-grade verse novel follows Garvey, an overweight, shy middle-schooler who is frequently bullied by classmates and who struggles in his relationship with his father, who always seems to want Garvey to be someone he’s not. You can probably imagine what happens: Garvey finds his niche, makes some new friends, stands up to the bullies, and even finds some common ground with his dad. But it’s all well-done and worth reading. Most of the poems are written in the short tanka form (5 lines with specific syllable counts). Grimes is able to pack a lot into very small packages in these poems. I was surprised at how resonant just a few lines could be.

Juana & Lucas is the first in a new series for newly independent readers by Juana Medina. Engagingly written and illustrated, it introduces Juana and her dog Lucas, who live in Bogota and enjoy all the things you’d imagine a girl and her dog would enjoy, though there are some surprises. Her passion for Brussels sprouts, for instance. Once the introductions to Juana’s life, family, friends, are out of the way, the plot mostly focuses on Juana’s attempts to learn English. In the end, all of her work is worth it because her grandparents have an exciting trip planned for her.

Jabari Asim creates a rich portrait of Civil Rights leader John Lewis as a child in Preaching to the Chickens. The beautiful cover highlights one of my favorite scenes from Lewis’s memoirs. As a child, Lewis thought he would grow up to be a preacher. His siblings weren’t interested in listening to his sermons, but the family’s flock of chickens proved to be the perfect audience to practice his sermons, baptisms, and funerals on. Although the chickens provide the heart and humor of this picture book, Lewis’s commitments to family, work, and God also shine. E.B. Lewis’s illustrations are magnificent.

ABC: The Alphabet from the Sky makes brilliant use of aerial photographs to present the letters of the alphabet. Somewhere in each giant landscape, you will find a letter of the alphabet, usually created within some manmade object–the shape of a building, a road, even a parking lot. Sometimes the letters are surprisingly hard to spot in the busy suburban and urban landscapes, but there is a cheat sheet in the back to help you spot the ones you missed. A bonanza of bonus photography presents even more letters in the Back Matter. A fascinating and challenging alphabet book! 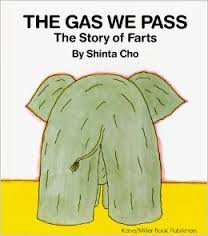 I sent my husband to the library to get some picture books for me, and this is one he brought home. The Gas We Pass: The Story of Farts was mildly interesting to me and would probably be uproariously funny for the right audience. It’s an informative look at an embarrassing but perfectly natural and perfectly necessary digestive process. The illustrations are rather homely, as the cover suggests, but again, will probably amuse the right audience. 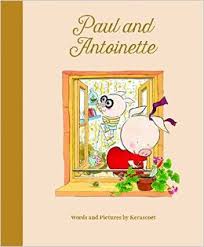 Paul and Antoinette is another story of an opposites attract relationship. I think I’ve read too many picture books on this topic lately because I had a hard time finding this one charming or special. One piggie is orderly, neat, maybe even a bit OCD. The other piggy is messy, creative, adventurous. I enjoyed the illustrations. 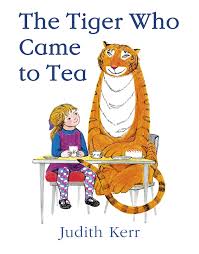 I must have read this as a child, and given how familiar some of the illustrations of the giant tiger ransacking the kitchen in search of extra tea goodies felt, I’m guessing I read it many times. But it’s an odd picture book. Something felt a bit off about the pacing. I reread it several times over the week hoping something would click for me (after all, three million copies sold is a much-beloved title) but it never quite did.

Maya is a gorgeously illustrated story of a little girl trying to work through grief over the loss of her father and dealing with her fears of the dark during a blackout. Her mother tries to soothe her with the legend of the banyan tree. At first, Maya can only see scary things in the dark, but as she ventures deeper into her imagination, she is able to transform scary scenes into beauty. There is much that is left unsaid in this hopeful title.

Teacup is another picture book that leaves quite a bit unsaid. Literal readers will need to think more metaphorically.I t’s the story of a boy who must leave his home for unspecified reasons. He takes a teacup full of earth from home, which later sprouts a seed that turns into a beautiful tree. The writing is lyrical and the illustrations stunning.

The Storyteller takes storytelling itself as its theme, and author-illustrator Evan Turk develops an intricate tale about the power of story to quite literally save lives. The art is simply incredible, and Turk’s writing is also very strong. A book that will reward multiple readings.

13 thoughts on “It’s Monday! What Are You Reading? #imwayr”