What makes a book underrated? I was planning to be guided by my own intuition, but Kellee and Ricki at Unleashing Readers took a statistical approach that seems far more sound: a book that has fewer than 500 ratings on GoodReads. I decided to focus on hidden gems that would appeal to middle-school readers. And I couldn’t resist slipping in one picture book. 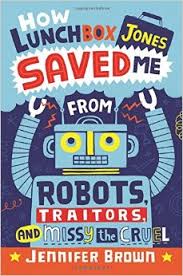 How Lunchbox Jones Saved Me From Robots, Traitors, and Missy the Cruel is one of my all-time favorite middle-grade novels–and it makes a fantastic read-aloud. It’s the story of a seventh-grade boy who attends a middle school that’s famous for being mediocre (they’ve never won a trophy for anything). Against his will, he’s tapped to join a new robotics team with some other misfits, including the infamous Lunchbox Jones, who is rumored to be a murderer. Of course the misfits end up forging friendships, and while they don’t exactly bring glory to their school, they do save the day in their own special way.

A Wish After Midnight is a time-travel story about an African-American teen who gets transported back in time to 1863. Genna has plenty of challenges in her contemporary Brooklyn setting, but her life becomes infinitely more complicated when she time-travels back to Civil-War era Brooklyn as a runaway slave. Elliott builds such compelling worlds, and she’s such a strong writer. 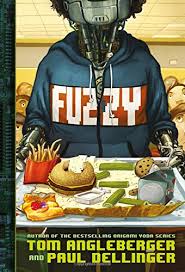 An underrated Tom Angleberger novel? I’m not sure why Fuzzy has fewer than 200 ratings on Goodreads, because it’s a funny, fast-paced look at what happens when a school gets taken over by an evil computerized vice principal who dishes out demerits and cheats on standardized test scores to ensure that every student achieves Constant Upgrading. Teachers will appreciate the satire of standardized test culture, and students will enjoy the exploits of the main character, who is tasked with assisting a new student who happens to be a robot.

Jeff Anderson’s debut novel, the first in a new series, is fast-paced and quick-witted, perfect for reluctant readers. The main character, Zack, hates to be the center of attention but inadvertently finds himself put in charge of a school fundraiser. Much misadventure ensues as he and his friends try to save the middle-school dance. I loved the diverse cast and humor. 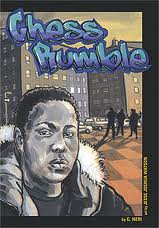 Chess Rumble is a very short verse novel (and it’s also illustrated! Reluctant reader bonuses galore!) about Marcus, an urban teen with anger management issues. After yet another fight, Marcus’s principal decides to try something new: chess. Marcus reluctantly learns to play and discovers some new truths about himself.

8th Grade Superzero is the story of how Reggie McKnight decides to run for class president. Reggie is not the kind of kid who usually wins these middle-school popularity contests. His nickname is “Pukey,” after all. But Reggie is an ambitious kid who wants to change the things that are wrong about his world, and he decides that being President is the best way to do that. There’s a lot of humor in this story, but also a lot of thoughtful writing about issues we don’t see treated much in middle-grade fiction, including religion and volunteerism. 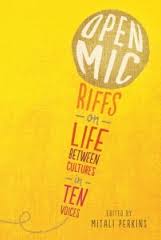 Open Mic: Riffs on Life Between Cultures in Ten Voices is a wonderful collection of poems, short fiction, and personal essays about growing up between two cultures. The authors tackle issues of race, culture, and ethnicity with humor.

Naomi Shihab Nye is one of my favorite poets to share with tween and teen readers, and Honeybee is an appealing collection of poems and short prose pieces that focus on personal experience, political issues, the environment, identity, and more. 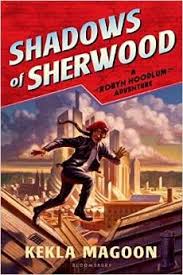 Shadows of Sherwood, the first novel in a new series by Kekla Magoon, is a retelling of the Robin Hood story–featuring a biracial girl in the role of Robyn. There’s probably already enough to protest and undermine in the dystopian world Magoon creates, but then Robyn’s parents go missing, so Robyn must must find them and keep herself alive in the process. Magoon blends adventure, sci-fi, fantasy, and even a bit of folklore in this fast-paced story.

Zetta Elliott’s picture book, Bird, so deserves more readers, and tweens and teens are its best audience. It’s a powerful story about the ways art can ground us and help us heal after devastating loss. Elliott creates something special here–a beautifully written book about some ugly realities, including drug addiction.