It’s been so long since I’ve done a Monday post, I just might have forgotten how. And I have read so much and done a terrible job keeping track of my reading. The spiral notebook I’ve kept since 2000 (and a different notebook before that) listing all the books I finish has no entries since January, even though I’ve finished books. And every time I visit Goodreads, I think of something else I’ve forgotten to add. I will highlight a few recent reads that I can remember here, and hopefully do better moving forward. 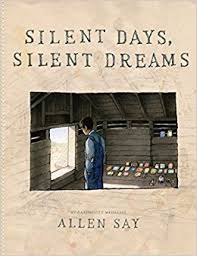 I know this is a bold claim, but I think Silent Days, Silent Dreams is the best book Allen Say has written and illustrated, and I am so glad it won the Schneider Family Award because it wouldn’t have been on my radar otherwise (even though it’s Allen Say.) It is a biography of self-taught artist James Castle, and it is a hard story to read. Castle was deaf, mute, probably autistic and dyslexic and treated so horribly by his family that I think most readers will be hurt just reading about what happened to him. But he had such a drive to make art that he found ways to do it even when all materials were taken from him. Say’s process for writing and illustrating the book is fascinating (see the author’s note at the end as well as the excellent episode with him on The Yarn). This book looks nothing like any of his other books, which I found initially off-putting, but it’s an absolute masterpiece. 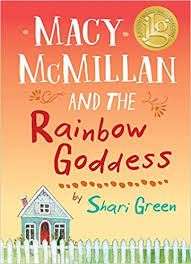 Macy McMillan and the Rainbow Goddess is another book that wouldn’t have been on my radar if it hadn’t won the Schneider. It’s a heartfelt verse novel about Macy, whose mother is remarrying and who must move out of her beloved house across town to her new stepfather’s house. In addition to her big feelings about stepfamilies and moving, her best friend isn’t talking to her and her mother has volunteered her to help the elderly woman next door pack up her house since she, too, is moving. Macy is deaf, and her neighbor doesn’t know sign language, so they struggle at first to communicate. There is a lot packed into this novel–perhaps too much. I am not sure so many different conflicts were necessary when the main thread–the story of Macy’s friendship with her neighbor–is so strong and interesting–but Shari Green writes very well and manages to keep all of the different threads moving throughout the story. 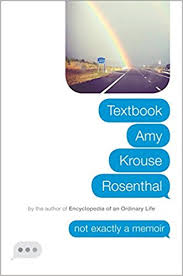 I bought Textbook when it first came out, but I’d held off on reading it until just the right moment came along–and that was last month, during the Slice writing challenge. I read this book very slowly because I didn’t want it to end–and also very quickly because it was just so good that I always had to read just one more section before I stopped. An incredible mentor text and a brilliant way to write memoir. Clever and lovely and unexpected and necessary as every book by Amy Krouse Rosenthal is.

I also read Dear Girl, written by Amy Krouse Rosenthal and her daughter, Paris Rosenthal. I was so worried when I started this book that it would veer a bit into the sentimental, but I should have trusted Amy to avoid that. It’s perhaps a little low on the quirk scale for my taste, but it’s a worthy final work from one of my very favorite writers. 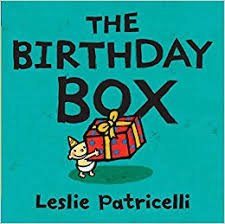 I don’t normally read board books, but Cheriee’s description a few weeks ago of Leslie Patricelli had me intrigued, and once I read one, I had to read them all. They’re all pretty brilliant, but I’m especially fond of The Birthday Box. It’s a very, very rare thing to have a board book that can do its work for its intended audience and also delight adults. I have no idea how Patricelli does it, but she does–in book after book. Hair and Toot even got a snicker out of my fifteen-year-old son. 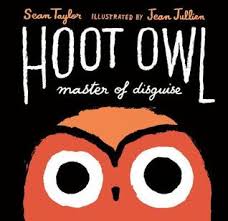 Hoot Owl is so funny. I read it to myself during independent reading time in my Children’s Lit class, and then had to read it aloud to my class as soon as the timer went off, and it’s very good read aloud. Plenty to appeal to young readers, but I have a feeling that adults will appreciate its dry humor and comedy best.

I’d Rather Be Reading is a small book of mostly art related to books–photographs, cartoons, paintings–and quotations about the pleasures of reading, with a few short essays interspersed (printed in font so tiny that you may need a magnifying glass to read them). This is not the kind of thing that usually appeals to me, but there are so many pretty pictures and interesting quotations and somehow it works.

Like Loading…
← What to Eat If You Want to Be a Reader: National Poetry Writing Month
→ How Do You Know If It’s Done? #NaPoWriMo18 #NPM2018