Believe it or not, I wasn’t looking for another cat.

We had eight already, and yes, they’re all indoor cats, and even though I really, really, REALLY love cats, even I thought that eight was enough. Mostly I worried about upsetting the delicate balance of the social order by adding more.

I think that cats are far more social than most people realize (feral ones do live in colonies, after all), but their social dynamics can still be tricky. My mother’s house is populated with cats who had personality conflicts with other cats at my house or who just couldn’t thrive with in such a big group. Our eight, though not without occasional conflict, were a pretty copacetic bunch.

So Oliver was only intended to be a foster. His story spoke to me. Our local no-kill shelter had to quarantine their cat houses for several weeks and couldn’t accept any surrenders. But sometimes people get desperate: Oliver and fourteen other cats, including several pregnant females, were dropped off in crates and boxes outside the gates. All of the other cats found foster homes, but no one wanted to take the adolescent male kitty. There he was, stuck in a cage in the dog building, and declining daily from the stress.

We had a room that was going unused, and here was a cat who needed a room. So my son and I went to pick up Oliver. 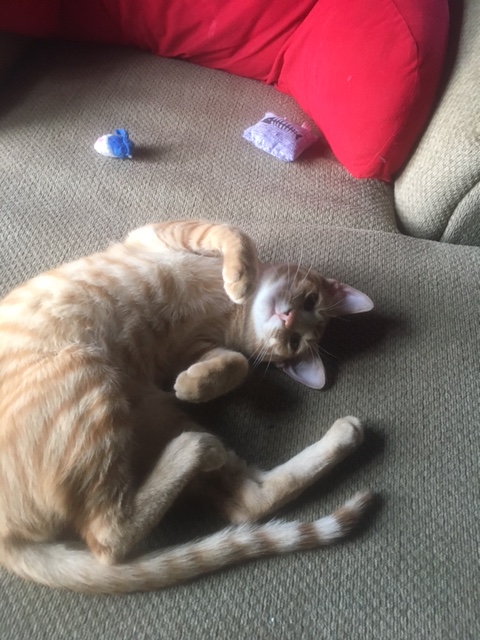 He spent the first 24 hours wedged in between the wall and the edge of a bookcase, nose to the corner. With some soothing and petting, he began to emerge on the second day. By the third day, he was climbing into my lap to purr mightily. By the fourth day, he began to purr as soon as I stepped into his room.

Still, I was sure I could return him to the shelter once that cat room was open. We just didn’t need another cat. 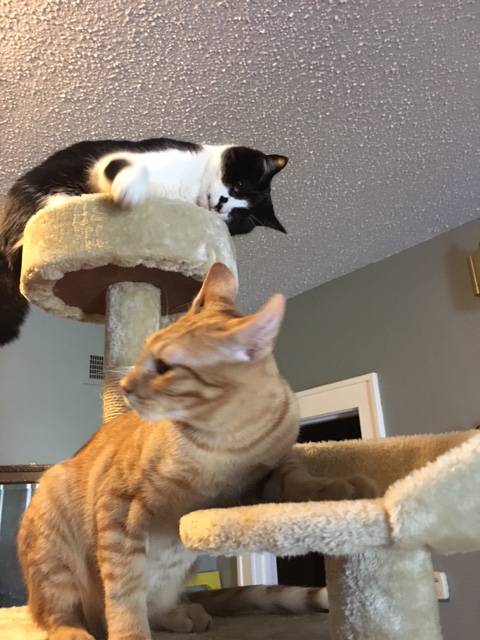 As we got to know Oliver better, we struggled to see how he would manage life in a shelter. He was terrified of everything, especially people and cats and noise, which there’s plenty of at an animal shelter. Fear often makes him lash out with claws. We wondered how Oliver would get noticed in the first place or how he would ever learn to interact appropriately with a potential family.

And if he did get noticed for his handsome stripes and ridiculously long tail, a potential adopter might turn away upon a closer inspection that revealed the weeping eyes, the constant sneezing, the crusty nose. Oliver suffers from seasonal allergies, and he’s often a crusty, goopy mess.

And even if all the ooze and crust didn’t put someone off, we thought the biting would.  Oliver is a biter. Not out of spite. He’s a good-natured, happy cat. But excitement and affection (and perhaps some dental issues that lead to sore gums) lead him to grab an arm or a hand and chomp down hard. Breaking the skin hard. And he doesn’t like to let go. Sometimes it’s a two person job to pry Oliver’s mouth open and extricate the tender human flesh. Even if he found a home, it was likely to be short-lived. Not many people appreciate a cat who makes you bleed, and not many have the patience to work with a cat on their troublesome behavior. 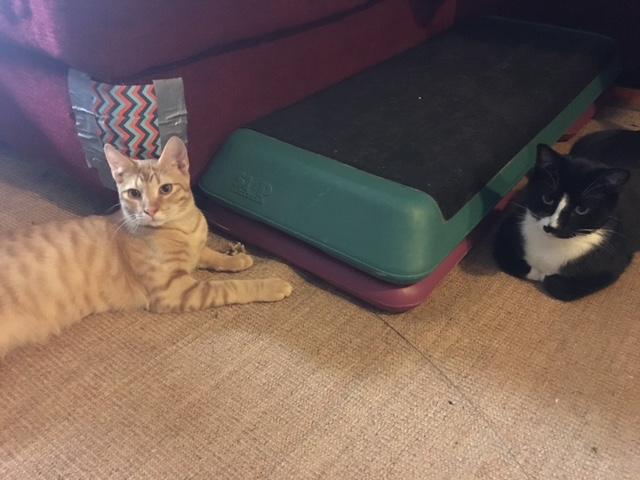 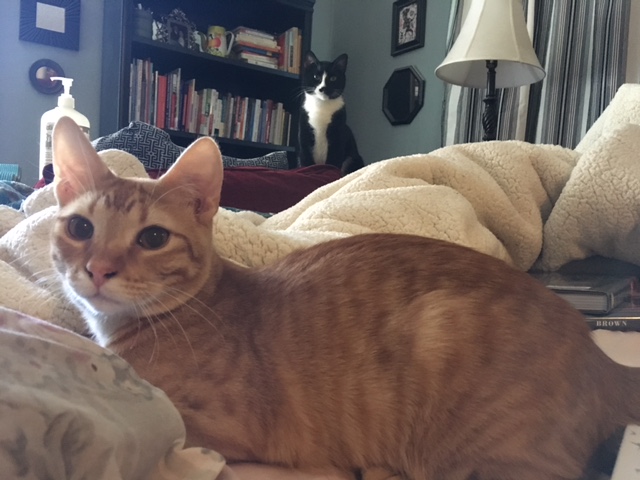 It hasn’t been an easy transition. As I have told my husband more than once, it turns out you really can have too many cats. Oliver has fought his way into the social order–quite literally. The three girl cats, especially, have not wanted to share their space with the interloper, and they still ambush and pick on him. He routinely has to be rescued from a cat half his size who’s got him pinned under furniture. The boy cats all seem to like him okay, but he doesn’t understand their social cues and constantly mistakes a playful engagement for an attack. Kerfuffle abounds. But he’s getting along well with Panda, and he adores the dog. 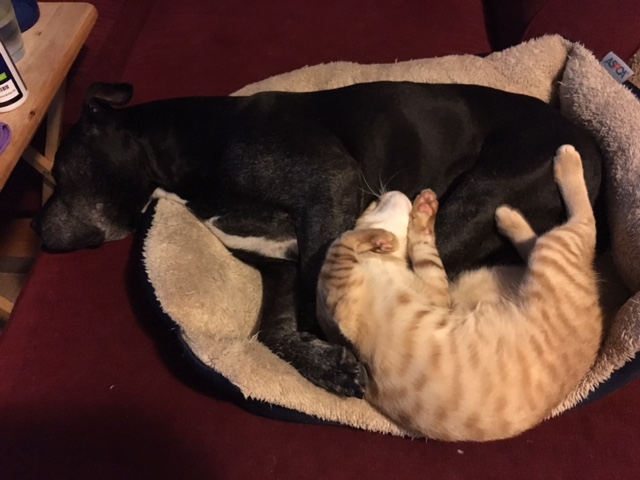 He has learned to stake out his share of the bed at night, and he puts his master snuggling skills to good use. He’s busier than the other cats and struggles to occupy himself when they’re all napping for 22 hours a day. But he’s a happy, silly cat, and for all his challenges, he does make me laugh every day, which is not nothing. 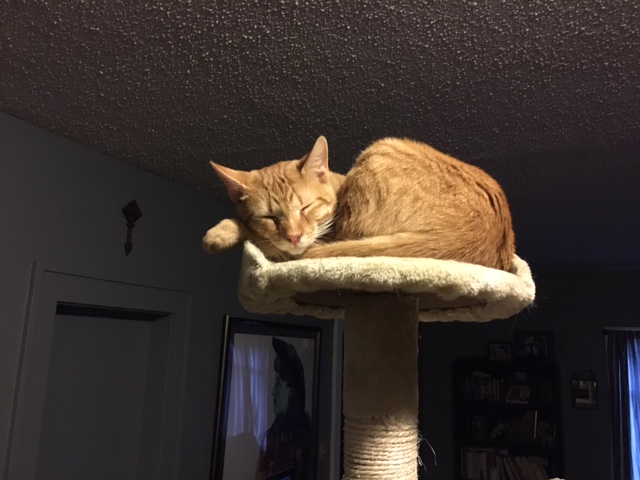