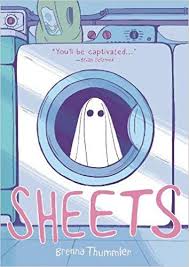 Sheets has been making the rounds in my Theory & Practice of Teaching Reading class, and I was glad to get my turn to see what the fuss was all about. It’s a good pick for middle school and high school classroom libraries. It’s about Marjorie, whose mother has died and whose father is too caught up in his own grief to tend to his two children. So the responsibility for making sure the family laundry business and the family itself keeps going falls on Marjorie. It’s also about Wendell, who is a ghost. Their stories are told through separate plot lines which are helpfully drawn and colored differently, but the two plots eventually converge. The art is really beautiful here with a stunning color palette that’s unusual to see in a graphic novel. The story is not as strong or compelling, though I appreciate its ambition. The quiet, introspective moments are handled so well, but then there is a cartoon villain whose machinations to seize the laundry and turn it into a resort are so over-the-top and ridiculous that it feels like you’re suddenly reading a totally different graphic novel.

I wanted to love the graphic novel version of Speak, but I didn’t, and I’m still trying to figure out why. Compared to the tight intensity of the novel, it felt much too long. I even found myself beginning to skim at about the halfway mark. I thought the graphic novel struggled to capture what works so powerfully in the novel: Melinda’s voice, her interiority. The graphic novel was very wordy, and I would have liked to see a fuller transformation of the story into the visual, without so much reliance on text.

But maybe I was just set up for a cranky read by the words on the back cover: “I said no.”  Part of the horror of Speak is that we know something terrible happened to Melinda, but she is not able to tell us what for a very long time. It’s not that Anderson is trying to pull a tricky plot on us and keep us guessing. It’s that Melinda herself cannot speak about what happened; she cannot find language to share her trauma. This is the major plot and major theme of the book–how to find language to speak about this horrific experience. To have her speak on the back cover and name the trauma undercuts the entire premise of the book. And so I was irritated before I even opened the book because I felt like the publisher so didn’t get the point or power of this story.

I wanted to read Rogue Protocol, the third entry in Martha Wells’s Murderbot series, slowly and savor every page because I love this series and this character so much, but the books are such page-turners. Once the plot clicks (and it was a bit of a slower start in this book), it’s very difficult to put it down. So I read this in a couple of hours and now am eagerly awaiting the 4th book. Murderbot continues to be one of my favorite characters, and if you’d like to try sci-fi but aren’t sure it’s for you, I’d highly recommend the first book in the series, All Systems Red. Tight pacing and writing, humor, compelling plot, and such an unexpectedly charming main character.

This was my first Noodleheads book, and I enjoyed its charm and goofiness. I didn’t think two characters who are literally pasta heads had much potential as stars of their own series, but this book really worked for me. It’s kind of like a kinder, gentler Stupids plus a lesson.

I also read several picture books this week that were all really enjoyable. 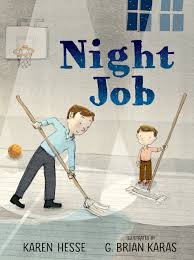 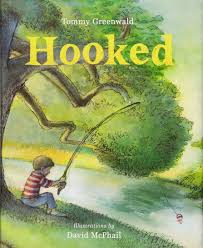