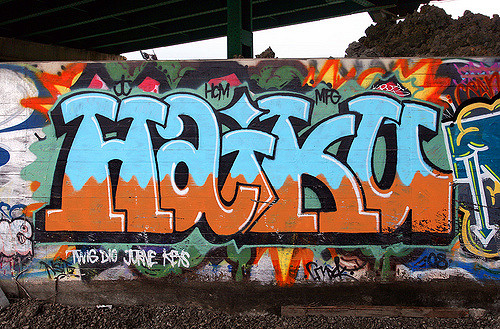 I am joining Trina Haase at Trinarrative for a Haiku-A-Day December Challenge. I’ve written a few haiku as Slices and a few for Poetry Month writing challenges before. But it’s not a form I’ve spent much time with. I am looking forward to diving deeper into haiku this month and will try to learn something about the form each day in addition to writing one (or more). Just today I’ve learned that the five-seven-five syllable count that I thought was so strict is actually flexible.

In my search for interesting websites about haiku to start this journey, I also stumbled upon Poem Generator, which is exactly what you think it is: a website that generates a poem for you. My son has just been introduced to John Cage and chance music in his Music Appreciation class, and here we have a poetic version of chance music.

The site will generate an entirely random haiku, or you can enter your own words following the guidelines (a time of year or place, an adjective, a noun, you get the idea). I imagined the Poem Generator would use all of the words I suggested, but I can see how getting the right syllable count for a haiku requires some synonyms, for better or worse.

My “stark winter” became “sodding wintertime” and my “snowy winter” became “covered wintertime,” and neither quite makes sense, though both work better than the “dry yard” that became “thirsty cubic yard” in my third try. The cat I supplied was neither domestic nor yellow, but I will take credit for persnickety.

It turns out that prepositions are just as hard for computers as they are for second language learners, though I think the “despite” is rather inspired.

I liked the poems better as I entered more random words (keeping the cat, naturally). The first two haiku more or less make sense, but the image of the cat coughing under or despite the chocolate is far more pleasing to me, though perhaps unsanitary.

Sodding wintertime
A domestic, soft cat spies
above the blanket

Thirsty cubic yard
A persnickety cat coughs
under the chocolate

Sunbaked piece of land
A persnickety cat coughs
despite the chocolate